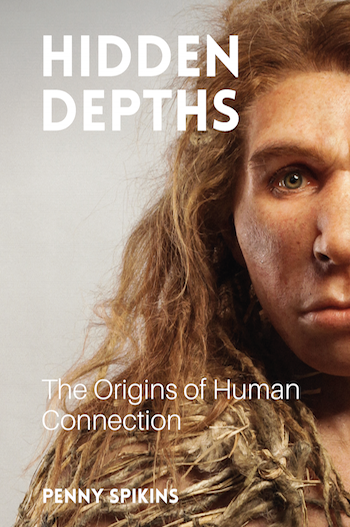 The idea that humans could be ‘self-domesticated’ is certainly rather strange and unlikely sounding, perhaps not entirely out of keeping with something we might expect to find in a science fiction novel. However, there is good evidence that changes in emotional tendencies and capacities in recent human evolution (after 300,000 years ago) followed some similar pathways to those seen in domesticated species. Furthermore, these changes are not necessarily limited to animals that have been deliberately domesticated by humans, with some of these developments also seen in bonobos, which, alongside chimpanzees, are our nearest living relatives. Though questions and debates remain about why and how these changes might have occurred, genetic and anatomical evidence, alongside changes in the archaeological record, support the notion that changes similar to domestication were occurring in humans.

The concept that the evolution of human emotional tendencies and capacities may have followed similar changes in increasing tolerance seen in domestic animals is a challenging one. Rather than elevating modern humans above other animals, it would imply that some of the most crucial adaptations in our recent evolutionary past are shared with many other species. Moreover, with many traits changing under simple and single selection pressures, it contradicts any notion that human capacities are necessarily ‘adaptive’. Many of our social traits may simply be emerging alongside key changes but have no adaptive role, or even be a disadvantage.

There are also added complexities. Increasing tolerance associated with self-domestication has largely been viewed as an entirely progressive development in the recent human past, opening up possibilities for more tolerant and connected communities to emerge and, in turn, enabling communities to become more resilient to resource shortfalls. However, there are costs and disadvantages to these changes in emotions, particularly at the individual level, which are rarely considered. Heightened sensitivities to social and cultural context, and hypersociability, bring increased vulnerabilities to disrupted emotional well-being in unsupportive contexts, as well as the types of challenges we associate with a certain eagerness to please. The emotional challenges that self-domestication brought may have been part of processes leading to compensatory mechanisms, such as attachment fluidity and tendencies to be driven to find additional emotional support and comfort outside of human relationships (discussed in Chapters 6 and 7).